DR. THELMA E. TUPASI: The Physician who changed the course of TB Care in Philippine History

A brilliant and dedicated physician. A dynamic leader. A visionary with a heart. A loving wife and mother. These are just some of the descriptions that would be used by most people to remember the late Dr. Thelma E. Tupasi-Ramos, the woman who changed the course of tuberculosis (TB) in Philippine history.

For more than five decades of unwavering commitment towards her countrymen, she showed how a scientist, health leader, physician, mentor, wife, and mother could all be rolled into one.

A GLOBAL LEADER AND A DEDICATED PHYSICIAN

Dr. Tupasi’s internationally recognized works and achievements especially in the field of TB made her a global pillar in the fight against infectious diseases. Chair of the STOP TB Partnership Working Group on Drug-resistant TB in 2005-2007, she was the voice that spoke of the realities in battling TB in a developing country like the Philippines.

Earlier in her career as a physician, she was recognized with numerous accolades, such as one of the Ten Outstanding Women in the Nation's Service (TOWNS) in Medicine (1983), being a Presidential Awardee as "Outstanding Young Scientist" by the National Science Development Board (1990), an Outstanding Health Research Awardee of the Philippine Council of Health Research and Development for the 1997 National TB Prevalence Survey or NTPS (2000), a Centennial Awardee for Research of the UP College of Medicine (2005), and an Honorary Member of the UNION, among others. 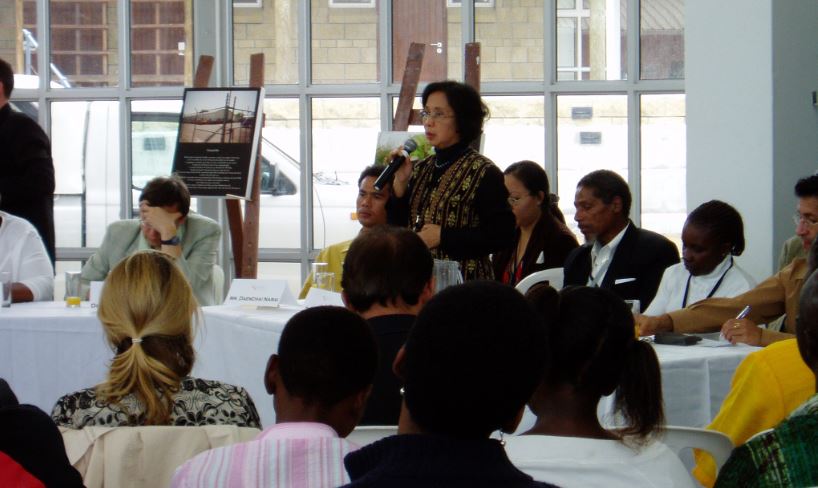 Dr. Thelma Tupasi as a panelist during the October 2007 UNION Conference in Cape Town, South Africa

She also held high positions in different institutions. Dr. Tupasi served as Director of the Research Institute for Tropical Medicine (RITM) and later founded and led the Tropical Disease Foundation (TDF). In 1997 and 2007, she was commissioned by the Department of Health to conduct the NTPS and her leadership became a steering wheel for the DOH to initiate public-private collaboration in the TB program.

As an advocate of universal health, in year 2000, Dr. Tupasi pioneered drug-resistant TB management in the Philippines in the spirit of public-private collaboration through the TDF DOTS-Plus project, the first globally approved project for multi-drug resistant TB (MDR-TB) management by the Green Light Committee of the World Health Organization.

Her personal experience as a TB patient during medical school at the University of the Philippines created in her a clear vision that motivated her to fight infectious diseases of public health importance in the country.

“Dr. Tupasi was patriotic. After three years of specialty fellowship training in the USA, her ambition was to serve her fellow citizens. During her training, she deliberately went to visit a TB center to train ‘hands on’ on TB in the laboratory. She knew TB was a big problem among Filipinos,” said Dr. Claver Ramos, husband of Dr. Tupasi-Ramos.

Aside from being a sharp clinician, she would treat her patients lovingly and with dignity. She always put herself in the shoes of her patients, and this made her think, speak, and act with a unique brand of compassion towards the sick.

Dr. Ramos shared that while at the wake of Dr. Tupasi, one patient came to him to narrate how lovingly she treated her patients. This patient, along with five of his family members, had multi-drug resistant TB. She attended to all of them until they were all cleared for entry as immigrants to Canada.

Dr. Tupasi was kind-hearted, former Health Secretary Dr. Manuel Dayrit recalls during his eulogy, as she single-handedly organized a fund-raising concert for a psychiatrist classmate who was imprisoned in the US on charges of trafficking regulated drugs.

“She invited her colleagues who had talents in piano, voice, dance, etc., to perform in that fund-raising concert,” Dr. Ramos added.

As a persevering public health specialist, her most difficult struggle was to find funds to treat patients with MDR-TB who required very costly medicines. Dr. Tupasi stormed the gates of different funding institutions, so she could raise funds for the second-line medicines to be given at no cost to MDR-TB patients. She also would treat patients without any professional fee, Dr. Ramos recalls. 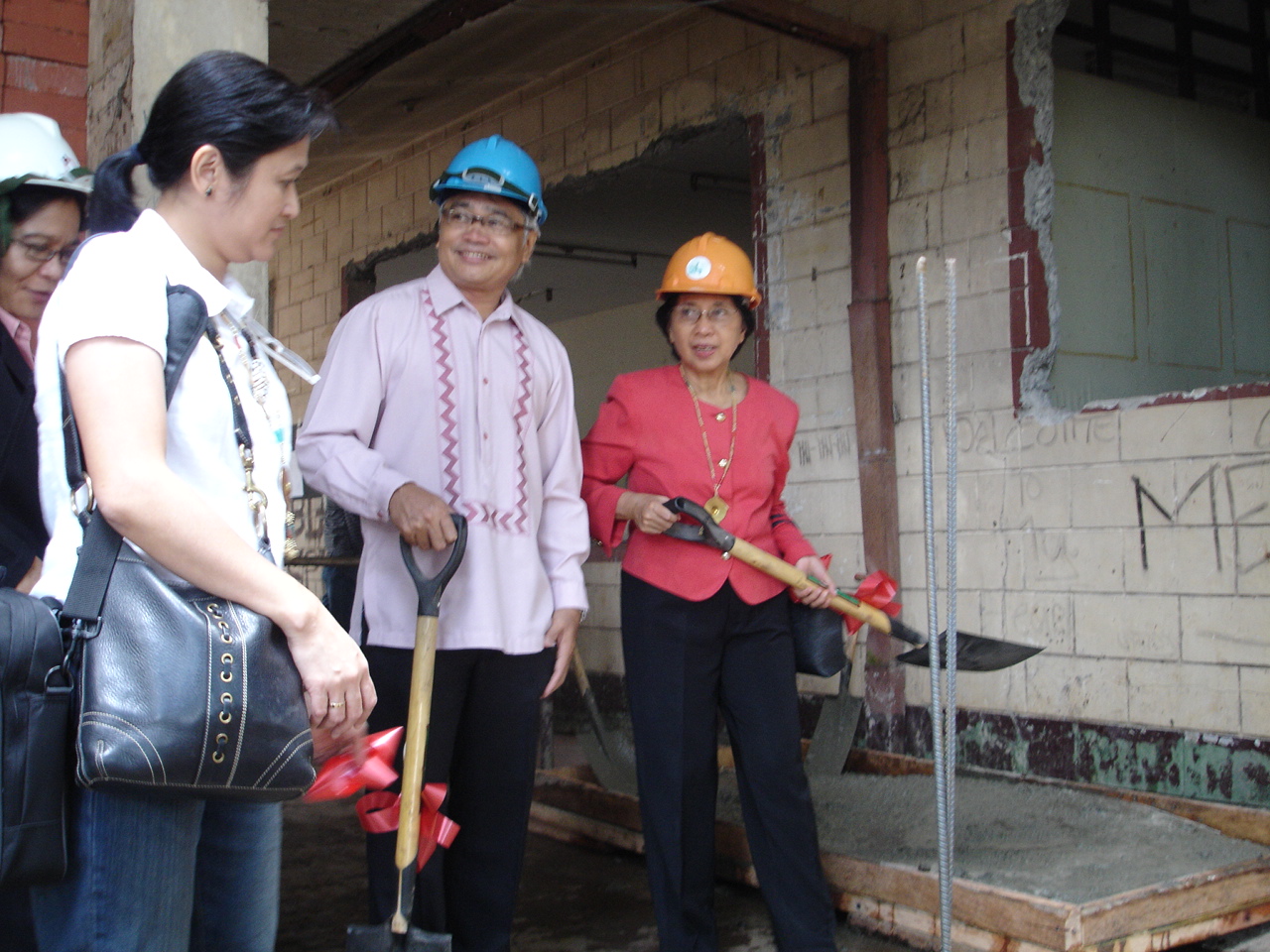 Dr. Mamel Quelapio, a mentee of Dr. Tupasi in Infectious Diseases since 1996 and an associate in the fight against TB, was one of the people who witnessed the boldness, passion, and determination of her mentor in seeking support for the huge problem of drug resistance in the country. Dr. Tupasi was instrumental in bringing in funds for MDR-TB patients back in the early 2000s that has led to thousands being treated for this disease nationwide under the National TB Program.

Dr. Quelapio also witnessed Dr. Tupasi’s devotion to her patients. She recalled that even if she’s out of town, Dr. Tupasi would come back to Manila or cut her trip abroad to personally see patients needing her attention.

“She would also find time sa mga nangangailangan, hindi lang mga pasyente niya, but pati mga staff niya, kunwari namatayan, pupuntahan niya to give comfort. Or kung may sakit, bibisitahin niya kahit nasa ibang hospital. She’s really one of a kind!” “(She would find time for those who are in need, not just her patients but also her staff. If they lost a loved one, she would visit them to give comfort. If they were sick, she would visit them even if they were in another hospital. She’s really one of a kind),” Dr. Quelapio shared.

A LOVING WIFE AND MOTHER

Despite being a well-known public health icon, Dr. Tupasi never failed to fulfill her duties as a wife to Dr. Ramos and mother to her four children – George, Vil, Gina, and John Paul.

“She worked full time yet never compromised her role as a wife and mother. She worked during all her pregnancies. During her term pregnancy for our youngest child, she presented a paper in a WHO conference. The next day, the announcement to the conference was ‘Dr. Tupasi delivered a baby boy this morning’. During the college days of our children, she never missed visiting them in school abroad,” Dr. Ramos shared.

As a husband, he gave her the full freedom to do what she wanted to do. He accompanied her during her rounds whenever she visited her MDR-TB patients in the Quezon Institute (QI) in Quezon City to provide her moral support. He also made sure that the hospital ward was properly set for the safety of both patients and medical workers, including Dr. Tupasi. 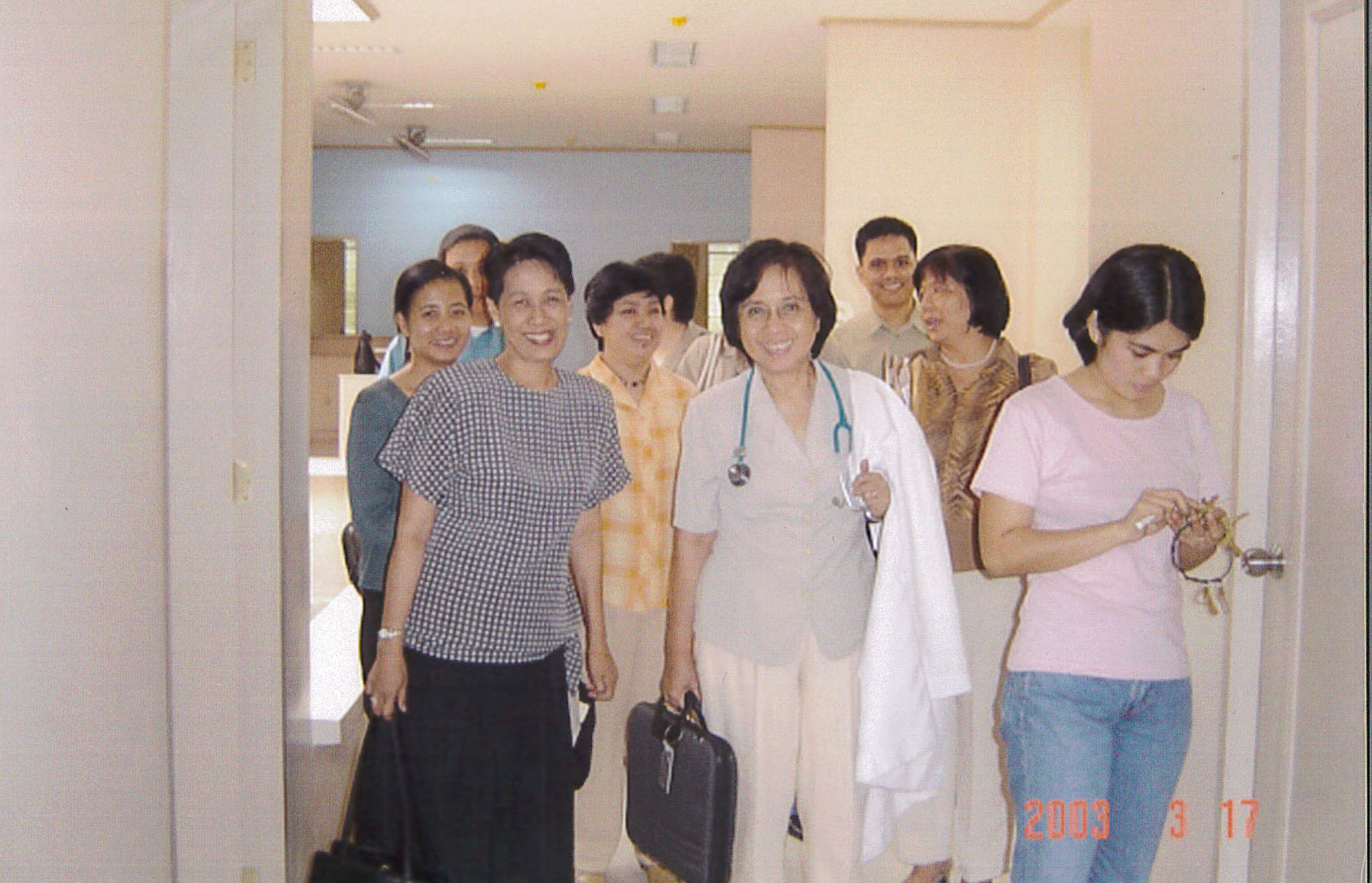 Dr. Thelma Tupasi together with her colleagues at the Kasaka Quezon Institute - a home for MDR-TB patients

Asked about how they both envisioned the health systems of the Philippines in the future, he shared that they both hoped for the infectious diseases, specifically TB, to be minimized in the country.

“Both of us hoped for a sufficient political and economic rebirth for our country so that infectious diseases can be minimized particularly TB. Let’s not just proselytize; let’s begin with ourselves and those within our immediate professional circle – our colleagues, friends, students, and patients,” Dr. Ramos said.

A VISIONARY WITH A HEART

Dr. Tupasi also became known for being a visionary. She was unstoppable, relentless, and was never a quitter. She was always positive, always joyfully singing her mantra, “Hakuna matata!” (“No worries!”). This made her surpass the struggles along her way.

“She kept on looking for ways to make projects better and more patient-centered,“ Dr. Quelapio added as she will always remember her mentor to be “a visionary with a heart whose dreams turned to life-changing realities that have made the world a better place.”

Now that the Philippines is battling the COVID-19 pandemic, people are wondering how Dr. Tupasi would have faced this problem given her persistence and indefatigable efforts in fighting infectious diseases.

“I’d have a difficult time to prevent her from treating COVID-19 patients, but at her age she would accept that her role is not at the bedside,” Dr. Ramos shared as he sees how Dr. Tupasi-Ramos would have behaved to fight this health crisis.

Dr. Thelma Tupasi-Ramos joined her creator on June 12, 2019. Although her presence is missed by many, her memory will always serve as a guiding torch especially during the dark days of this pandemic.